3. Which is the better story? 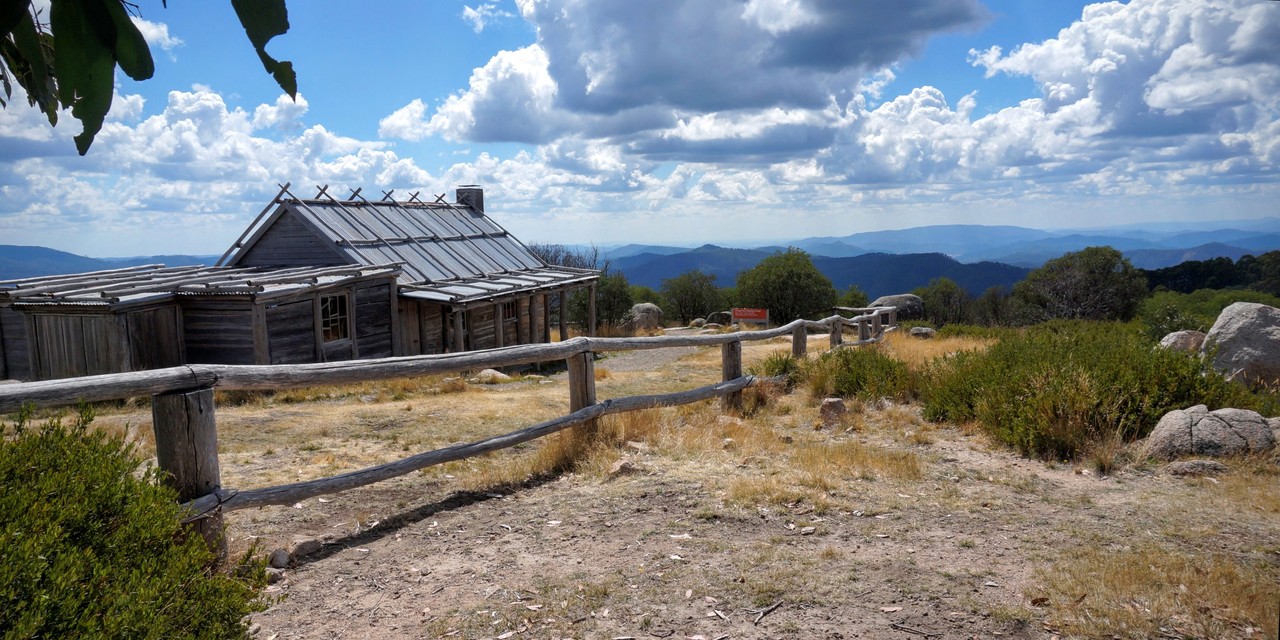 The beautiful movie Life of Pi is a story about a boy (Pi) raised in India where his father owns a small zoo. He is deeply religious and simultaneously embraces Hinduism, Christianity and Islam. At one level, the book is about Pi’s deep faith in the face of his father’s atheist disapproval. When the family and zoo emigrate for Canada, the ship founders in a storm, and Pi finds himself on a lifeboat with a hyena, a chimpanzee, a zebra and a Bengal tiger for company. It is a story of survival, grief, power and ambiguity. Each strange encounter adds further mystery to the enchanting tale. When Pi is finally rescued, the investigators want to know how the shipwreck occurred, and how Pi had survived at sea on a lifeboat with a tiger. They refuse to believe his extraordinary tale, so he provides an alternative and much more believable explanation involving murder and cannibalism. The first story then appears to be an allegory with the animals being metaphors for characters in the second story. Pi asks “Which is the better story?”. The narrator replies “the one with the animals”, and Pi concludes “And so it goes with God”.

The movie implies that religion provides a meta-narrative for life, a way of making sense of what happens to us. We can look at life from different perspectives, and we can choose what we want to believe. We believe what we do because we want to. Belief in God arises not because it is based on stronger evidential foundations, but for other reasons — it helps us deal with life’s struggles, it provides certainty and comfort, it is the better story.

I saw the movie around the same time as my own view of religion was shifting, and so it resonated strongly. Was there any evidence to support my religious faith, or did I just believe it because I wanted to believe it? Did I want to believe the ancient and simplistic Jewish story of creation, or the more complex but more interesting story involving the random meanderings of mutations and survival? Did I want to believe that I would live forever because the son of God was crucified by some Roman soldiers in Jerusalem 2000 years ago, or should I accept the empirical evidence that I would live and die like every other human being?

Faith is the gap between evidence and truth

Many people have told me that I am mistaken in focusing on evidence, and that I just need to have faith. This is misguided. Why should religious belief be exempt from requiring evidence? My Christadelphian friends get very excited when they think there is evidence for their beliefs — they liked my lectures on archaeology and prophecy, for example. So when I claim that the evidence is insufficient for belief in the Bible, it is hypocritical to then decide that evidence is irrelevant.

Faith is the gap between evidence and truth. The Bible agrees with this:

Now faith is being sure of what we hope for, being convinced of what we do not see. (Hebrews 11:1)

When there is a lot of evidence, we do not need much faith. No-one asks me to have faith in the periodic table, for example. But we are justifiably suspicious of people who have faith in crystals, as there is no evidence for crystal powers.

Religious beliefs need to be subject to the same standards of evidence as any other beliefs. With the exception of mathematics, we do not have proof of anything we believe, but we do have good evidence. For example, there is strong evidence for the Jewish holocaust, and for the existence of electrons. While neither can be proven, the evidence is strong enough that almost no-one doubts them. But when astrology or homoeopathy are subjected to the evidence test, they fail. Why should we not treat the Bible in the same way?

We sometimes choose to believe something because it makes us feel better to do so, or because the alternatives are too scary to contemplate, or simply because we have never considered any other perspective. Nevertheless, I still think it is better to understand why we believe what we do. It may be satisfying and comforting to maintain a religious faith. It may provide the better story. But I prefer to believe things that are supported by evidence.

No doubt I am influenced by my education and profession. I am a Professor of Statistics at Monash University, Australia. Therefore I spend my professional life thinking about evidence and uncertainty. I analyse and interpret data, seeking to uncover the hidden truths in a morass of observations. I develop methods that use empirical evidence to test hypotheses. I use data to overturn or confirm what is believed or conjectured, and to help construct mathematical models that are more accurate approximations of reality. In a sense, I have applied a similar approach to my faith journey, and I have rejected the God hypothesis because I do not think the evidence supports it.

Unlike other areas of mathematics, statistics involves inductive rather than deductive reasoning. Deductive reasoning is a form of logical argument that leads to definite conclusions. For example, “All men are mortal. Rob is a man. Therefore, Rob is mortal.” There is nothing uncertain about the argument. On the other hand, inductive reasoning is a form of logic based on probabilities and it leads to conclusions that are highly likely but not certain. For example,1 “More than 95% of baldness in men is due to male pattern baldness. Rob is bald. Therefore, it is highly likely that Rob has the genes for male pattern baldness.” Inductive arguments lead to the most probable explanation for the observed data — the stronger the argument, the higher the probability associated with the conclusion.

This is precisely the type of reasoning that is necessary when considering the evidence for God and the Bible. We cannot deduce that God exists by following a series of logical statements.2 But we can consider the inductive argument — is what we observe best explained by a supernatural God, or is there a more probable explanation?

Making a virtue of faith

Religions make a virtue of faith, as if it is something to be valued. That is, people who believe without evidence (or even in spite of the evidence) are somehow more righteous than those who require evidence. The apostle Thomas was chastised by Jesus for requiring evidence:

25 [Thomas] replied “Unless I see the wounds from the nails in his hands, and put my finger into the wounds from the nails, and put my hand into his side, I will never believe it!” 26 Eight days later … Jesus came and stood among them and said, “Peace be with you!” 27 Then he said to Thomas, “Put your finger here, and examine my hands. Extend your hand and put it into my side. Do not continue in your unbelief, but believe.” 28 Thomas replied to him, “My Lord and my God!” 29 Jesus said to him, “Have you believed because you have seen me? Blessed are the people who have not seen and yet have believed.” (John 20:25–29)

Why would God prefer people who believed without evidence? That seems to be a strange virtue.

We treat such people as gullible suckers in other areas of life. For example, people who take their horoscopes seriously are often derided for accepting what is obviously nonsense to the rest of us. We reject horoscopes as having any validity because there is no evidence that they provide any meaningful predictions beyond vague generalities. Yet why should we reject horoscopes on the basis of evidence (or lack thereof), while treating faith without evidence as a virtue in a religious context?

I can see no virtue in faith. Quite the opposite — it is much more virtuous to be skeptical unless there is sufficient evidence to warrant belief. Blessed are the people who have rejected superstitions and who have only believed when there is supporting evidence.

When I have raised this issue with believers, I am inevitably met with an argument about the virtue of faithfulness, rather than of faith, as if they are the same thing.

There is a distinction between having faith (believing when there is insufficient evidence) and being faithful (remaining devoted and trustworthy). I can be faithful to my wife, without needing to have faith that she exists. Being faithful is clearly a desirable quality in any relationship. I am not disputing the value of faithfulness. I am arguing that faith, in the sense of believing when there is limited evidence, should not be considered virtuous in any area of life, including religion.

Not only is faith of no value, it can be dangerous. It is faith that leads fundamentalist Muslims to blow themselves up in a crowded marketplace, believing that they will be welcomed into heaven by 70 young virgins. It is faith that leads some Christians to abuse gay men and women, pushing many into depression and suicide, believing they are standing up for God’s moral standards.

The philosopher and neuroscientist, Sam Harris, has written:3

“We have names for people who have many beliefs for which there is no rational justification. When their beliefs are extremely common, we call them ‘religious’; otherwise, they are likely to be called ‘mad,’ ‘psychotic’ or ‘delusional.’”

That is not to say that we never need faith in life. We frequently have to make a decision or an assessment when we do not have all the evidence we would like. So we muddle through as best we can, working with whatever facts and evidence we can gather. We seek the opinion of experts when we buy a house, trusting they are correct. We place our lives in the hands of airlines when we fly, having faith that the pilot is not a terrorist. We enter into a business partnership trusting that everyone involved is participating in “good faith”. In every case, we do whatever background checks seem appropriate: Are the experts providing a report on the foundations of the house reputable? Does the airline have a good safety record? Do we know the people involved in the business partnership well enough?

I am arguing that we should do the same background checks on religion before mortgaging the life we have. Is there evidence that what the Bible says is true? Is the God it describes real or imaginary? Why should we believe an ancient book that makes extraordinary claims and promises?

Looking for evidence means we need to remain open-minded. Suppose convincing new evidence was uncovered that supported crystal powers, or the existence of a supernatural God. Then I, for one, would certainly want to re-examine my conclusions. Beliefs should be constantly updated and revised in the light of new information, and we must be prepared to change our minds when the evidence demands it.

This is the opposite of a faith-based approach where conclusions are drawn without (sufficient) evidence, and fervently maintained despite that.