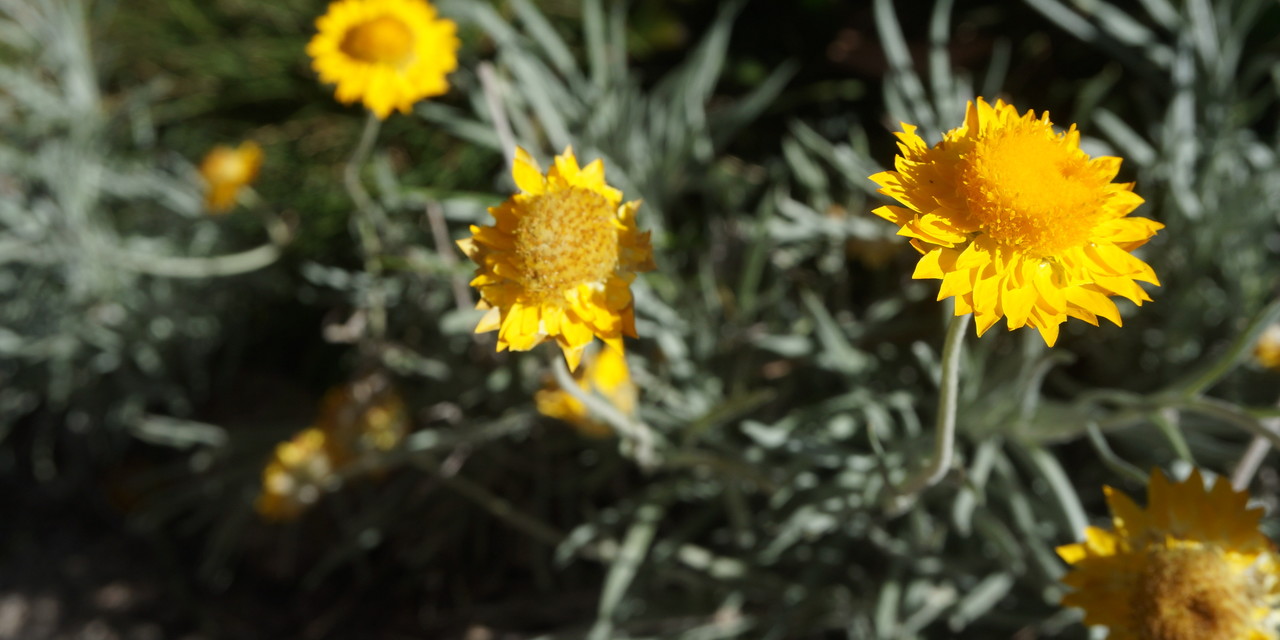 In my early teens, I was taught in Sunday School that scientists had got it wrong — that the universe was actually a few thousand years old, not the billions of years claimed by the “evolutionists”. I found that confusing. I was aware that the light from the nearest galaxy to our own took at least a few tens of thousands of years to get here, and the light from many other galaxies took millions of years to arrive. So almost everything visible in the night sky must be a lot older than my Sunday School teacher claimed. He also claimed that radio-carbon dating was flawed, that continental drift had happened in a couple of thousand years, that the Grand Canyon was formed by the flood, and that all the animal species that existed managed to squeeze into Noah’s ark (apart from the dinosaurs who missed out for some reason).

By my mid-teens, I had figured out that I knew a lot more about science than my Sunday School teacher, and that much of what he claimed was nonsense. Then I read Creation vs Evolution: Facts and fallacies by Alan Hayward, a real scientist with a PhD in experimental physics. He made much more sense — arguing that God had initiated creation a few billion years ago, and that it had taken a very long time to reach the stage where it was ready for human beings. The days of Genesis 1 were days on which God commanded (“Let there be …”), but the angels were given a great deal of time to carry out those commands. Then, in the last 10,000 years, God had created Adam and Eve, and the human race began. Hayward argued that early hominids were some kind of species of ape, and that the biblical record only began with the creation of human beings. The flood was local to a region near Mesopotamia, and the animals on the ark were intended to be representative rather than a complete selection.1 I found these views very satisfying and adopted them as my own. I could be a scientist and a Bible-believing Christian.

After finishing a science degree at the University of Melbourne (primarily in mathematics and statistics), I started a PhD. While I was a doctoral student, I became involved in some public debates on creation and evolution with the Australian Skeptics. They expected us to argue about the age of the universe (like my Sunday School teacher), but we concentrated on design arguments and the origin of life, happily agreeing that life was ancient and claiming that this did not contradict the Bible. Essentially, we argued that there were some remarkable designs in the biological world that could not have come about by a process of slow evolution, and that science had no explanation for biogenesis (the origin of life itself). The Skeptics valiantly tried to engage us on subjects other than the agreed topic, but we refused to bite, thus avoiding discussion of the Bible, of the silly anti-science arguments popular amongst many creationists, and of any reference to the flood. Frankly I was surprised how easily we seemed to win the debate, largely through better debating technique and carefully prepared rebuttals.

God of the gaps

Nevertheless, I had some nagging doubts about it all. What if someone came up with a natural explanation for the remarkable “design features” we had identified? Would I still believe in creation if science could show how life could spontaneously form?

After I completed my PhD, I worked as a statistical consultant, assisting researchers in many different fields with analysing and interpreting the data they had collected. I worked with hundreds of researchers from every imaginable discipline — with ecologists on the Arctic lemming population, with engineers on the reliability of bridge pylons, with surgeons on blood clotting, with hydrologists on stream bed ripples, and so on.

One day, a paleobotanist came to me needing assistance with analysing the species present in the ancient remains of aboriginal camp fires. I took the opportunity to quiz him on the reliability of the dating mechanisms used, and the range of uncertainty that was possible. He informed me that the data I was analysing came from camp fires that had burnt between 40,000 and 60,000 years ago. There was no way that the fires could have been more recent. That left me with a problem: there was no way that the biblical record of Adam and Eve could be pushed back that far, even allowing for genealogical gaps.2

So who were these people who lit fires in Australia so long ago, and are modern indigenous people descended from them? Although there are few cultural identifiers, what we have (e.g., rock art) suggests that the Australian aboriginal population has continuously occupied the continent since first arriving at least 40,000 years ago. Clearly Australian aborigines could not be descendants of Adam and Eve.

But if Australian aborigines are not descendants of Adam and Eve, then not all human beings are descendants of Adam and Eve. Once I accepted that point, questions flooded in. Why then was it necessary to argue that early hominids were not human? What then should we make of Genesis claiming that Eve was the “mother of all the living” (Genesis 3:20). How should we understand Paul’s statements that Adam was the “first man” (1 Corinthians 15:45) and that he introduced death into the world (Romans 5:12–14)?

On the other hand, there are several biblical hints that there were other human beings in existence at the time of Adam and Eve:

Eve is told “I will greatly increase your labor pains” (Genesis 3:16). If she was the first human woman, then no human had ever experienced childbirth. So the pains could hardly be increased — they didn’t even exist. But if other humans had been having children, then the curse makes sense.

Cain is afraid he would be killed (Genesis 4:14–15). Who could Cain be afraid of if the only other people on earth are his parents, and perhaps a younger sibling or two that are not mentioned in the Bible? It sounds like there are hordes of other people that may be hostile to him.

Cain finds a wife and builds a city (Genesis 4:17). Who is he married to? A sister? And who lived in his city? Surely more than Cain, his wife and son Enoch! The text appears to assume the existence of a large number of other people in the area.

After Adam and Eve’s first grandchild was born, “people began to worship the Lord” (Genesis 4:26). If the only human beings were Adam and Eve, their children and grandchildren, it makes no sense to say that “people began to worship the Lord”. Abel had previously been faithful, and it appears that Adam and Eve remained faithful after they left Eden (see Genesis 4:25). So at least some of the family were already worshipping God. The verse only really makes sense if these people are those who were not part of the family of Adam and Eve.

So throughout the early chapters of Genesis, there are many hints of a wider human population that existed at the time. Cain apparently married into these other humans, and so did Adam and Eve’s other descendants.

I had also become aware of the genetic evidence for evolution that had been produced through the Human Genome Project. The draft genome sequence was released in 2001 and provided some astonishing links between human beings and other primates.

About 20% of the human genome was found to consist of pseudogenes (also called “junk DNA”); these are defective genes that are caused by mutations and which serve no function. The curious thing is that many of these pseudogenes are shared by primates, and have exactly the same mutation that renders them incapable of functioning.

To take one example, there is a gene that aids in the biosynthesis of vitamin C that occurs in many mammals including some primates. The gene is present but a mutation has disabled it in humans and in some other primates. Biologists have conjectured that species which have lost the ability to synthesise vitamin C may have an advantage in that they can gain weight and fat more easily from fructose — a survival advantage in an environment with a shortage of food supplies.3 This particular mutation is present in many primates and all human beings. If there was only one such pseudogene, it might be a coincidence. However, there are so many of them, that together they provide overwhelming evidence that we share a genetic heritage with modern primates.

Eventually I adopted the view that the creation account was explaining the origin and purpose of life on earth, but not providing any physical or historical information about how life was created. I concluded that Adam was the first human being to whom God revealed himself, the first one to have any kind of relationship with his creator. He was the first person to whom God gave instructions, and so the first one who was capable of sinning. Similarly, Eve became the mother of all those spiritually alive (Genesis 3:20). I made sense of Paul’s writings by concluding that death through sin entered the world when Adam and Eve sinned. Before that, death was only ever due to natural mortality.

It seems highly unlikely that the original biblical authors intended to say what I interpreted them to say, but it was a way of trying to maintain some kind of religious faith that did not contradict scientific observations. The Genesis creation became little more than a founding myth, providing meaning to our existence and establishing a sense of who we are in the wider context of the world.

The problem with reaching this conclusion is that it raises questions about the rest of scripture. Was Abraham also mythical? What about Moses, or David? If I could explain away the difficulties in Genesis by making it “spiritual” or “allegorical”, was it acceptable to do the same with other parts of the Bible that inconveniently contradicted the observations of scientists, archaeologists and historians? Was faith even falsifiable once the inconvenient parts could be allegorized?